I became interested in 3D scanning a little more than six months ago. I have scanners of "different systems" - the first was Kinect for xBox360, then Ciclop laser appeared (which turned out to be nothing more than a toy). 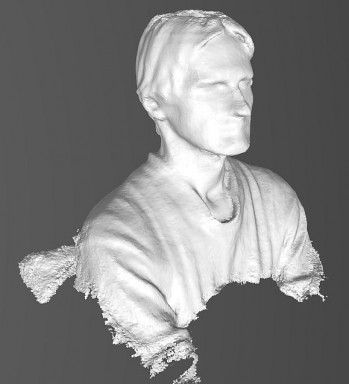 One of the first “self-portraits” made with Kinect :-)

I don’t bring scans from Ciclops, there is nothing to look at especially.

And then I, already realizing what each type of scanner can do, assembled a “normal” SLS scanner for myself, gradually improving it (improvement using cameras with better characteristics, adding a second camera, a turntable with a motorized drive for automatic circular scanning of small objects) 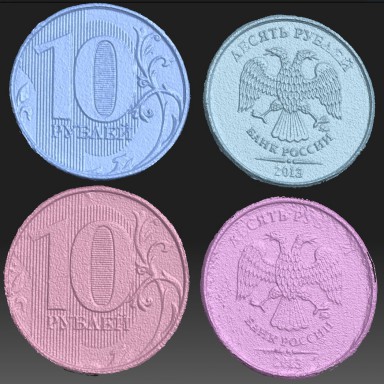 The minimum size of the object that was (relatively good) scanned (Russian coin, Diameter 22mm ). 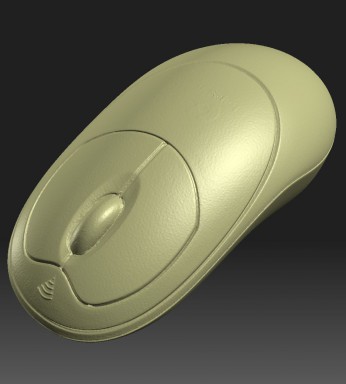 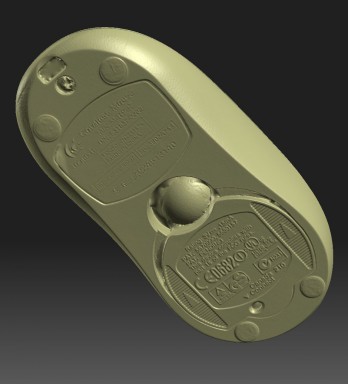 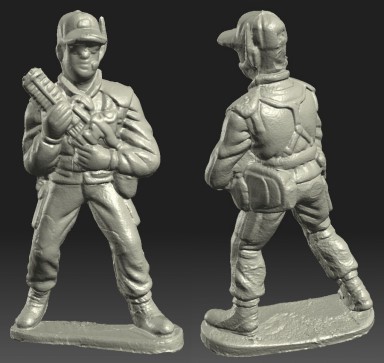 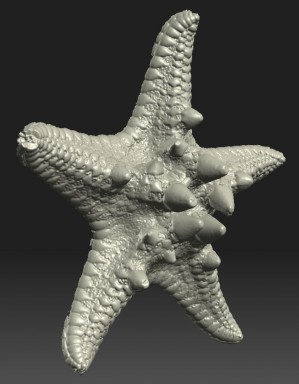 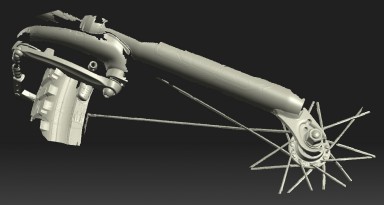 The part of the bike made up of more than 10 close-range scans (I forgot that the scanner was calibrated to a 30mm table :-) )

Nice work. Do you coat any of the objects you are scanning?
µ
Top

No, the scan was done "as is". I don’t have anything suitable for matting yet (and using ordinary chalk or other powdered products will require thorough cleaning after scanning - which I don’t want to do

)
Here, for example, the coin looked like when scanning: 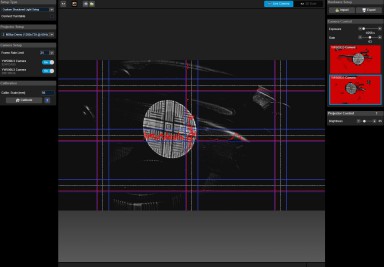 Trying to scan something big enough. I made 12 scans from one point (only rotated scanner horizontally and vertically on a tripod). I used my largest 110mm calibration chart. 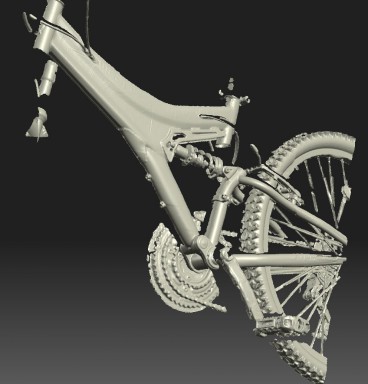 View from the scan point 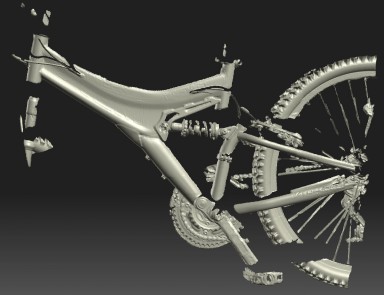 And a little from a different angle ...

I spread the next scan of the "rodent" (I found an old inoperative mouse at home on the shelf) Gigabyte ECO600.
The main desire is to scan "as is" without matting - and the concomitant problem is the mouse is black and glossy.
I had to take shutter speeds from 1/16s to 1/4s (and a total of 25 scans were made). 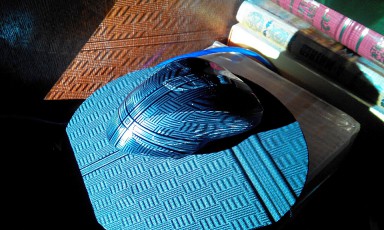 So the object looked during the scan 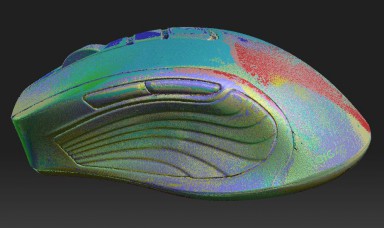 After folding the pieces it turned out like this 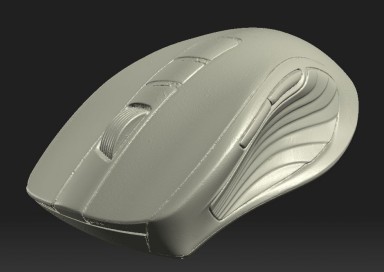 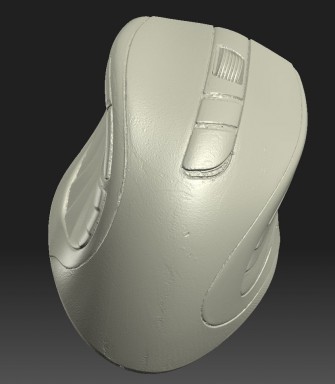 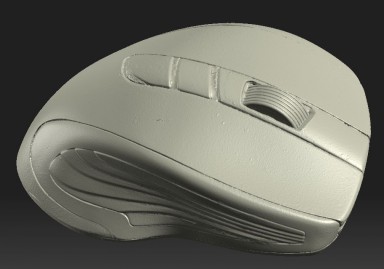 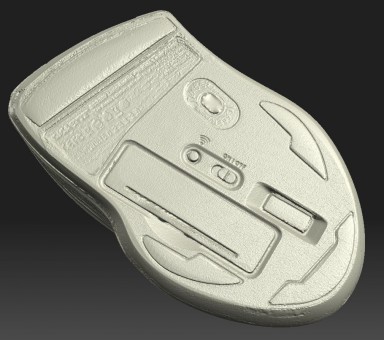 I got 11 million triangles at the output ... if not for the “noisy” cameras, I think their number without any optimizations would be an order of magnitude smaller.
P.S. I did not regret it at all about the money spent on upgrading the computer for the amount of memory - 32GB - since, at most, about 14GB was "eaten" during the scan.

what do you mean as a turntable with a motorized drive for automatic circular scanning of small objects for david 5?
Top

dental_art wrote: ↑03 Oct 2019, 16:07 what do you mean as a turntable with a motorized drive for automatic circular scanning of small objects for david 5?

Hi. I sometimes use a motorized turntable left over from a previous Cyclops primitive laser scanner.
By changing the software in the original control board for this scanner, I got the option of “almost automatic” scanning (just after the end of the next scanning step I need to manually press “S” (I programmed this button for this function), after which the table rotates by a hard-coded number of degrees and a new scan occurs). Of course, I only use the table rotation function.
Unfortunately, due to the fact that I could not fully figure out the Deviare program, I had to use just such a method (and not completely automatic, as it would be with Deviare).