Only because I have nothing to use an external trigger with, and none of the programs I use support it (and the camera version without it costs a little cheaper)

One of the last scans made on a homemade 4th zone (not included in the delivery set). An old HD projector was also used, because it can focus at a much shorter distance (and thanks to the higher projection ratio from 150mm, it provides almost better pixel density than the new FullHD projector from a distance of just over 300mm)
2020.10.05_coin_RV_full_01.jpg2020.10.05_coin_RV_full_02.jpg

I s that scan not picking up the serrations on the edge of the coin? Otherwise it looks very clean.
µ
Top

Only one such camera is guaranteed to work in HP3DScan ... the same problems with cameras RisingCam, ToupCam & etc. working through DirectShow.
The problem here lies both in the HP software itself and in the way the cameras transmit information. From what I have tried, two YW500U3 / U3M series cameras work without any problems (using the UVC drivers built into Windows), and (using the built-in functionality of the original drivers that allows you to rename cameras), two MindVision SUA630M cameras worked great (and I am very upset the fact that Rangevision did not provide their support) - the functionality of Daheng drivers is extremely poor (it is even impossible to adjust the "gamma" parameter there (it simply does not exist), namely, it allowed me to scan very dark objects without matting).

Of those with whom I communicate, only one person managed to simultaneously launch these two cameras in HP3DScan.

I think this is due to the large number of scans that came out this time - I used the default (12 scans per table revolution). And the coin in this case was lying.
I made the old scans 5 scans on one side, and they were made with a coin standing almost vertically, turned perpendicular to the "obverse" and "reverse": 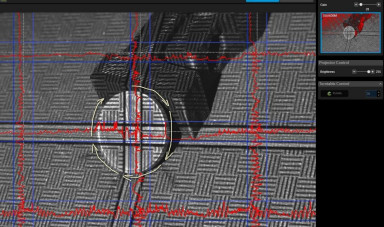 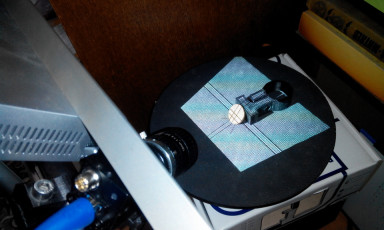 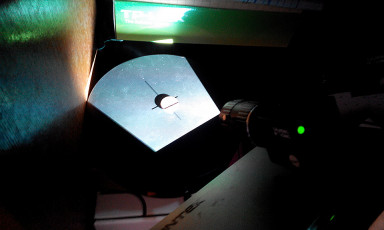 Typically, small projectors are not very bright. But there are also quite bright models.
You should also check how well HDMI works for it - for my JmGO J6S it is with such a connection that for some reason there is a strong distortion of the picture (non-disconnectable strong sharpening) 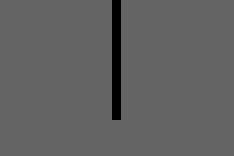 This picture is transmitted to the projector
RV_04_23.jpg (662Bytes)Viewed 238 times 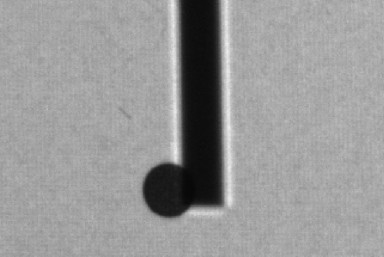 And this is how it is displayed by this projector

Here is a seemingly ordinary clothespin ... but about 45 scans were "spent" on it (12 * 2 on the turntable, and the rest are "single" scans to capture hard-to-reach places).
As a result, the final model (with the parameters recommended by the program) contained 9 million triangles ... and even after simplification to 25%, there were 2.5 million of them left ... and stl weighs as much as 112MB: shock: 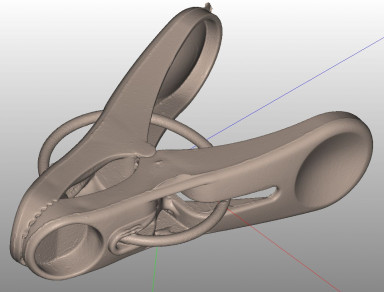 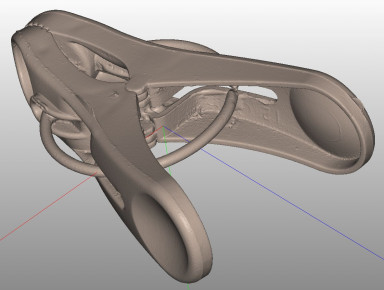 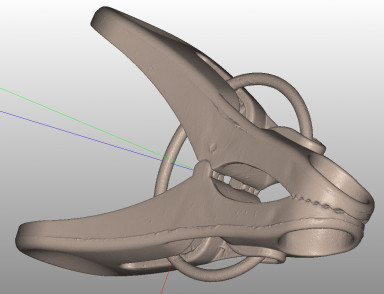 A questio about camera setup.
From RangeVision video and from your setup's pictures I see you are using a fixed camera angle.
is it 20° as a sum of 10+10°?
Since you can only move cameras laterally, do you have to change lenses to use the different calibrations?
I think you answered already, when you said you didn't scan anything with big panels.

Will check i the RangeVision Spectrum is sold with many lenses.